We have been informed that individuals are posing as employees of A1 Tinting.
To ensure you receive the A1 5-star service please call us to verify your booking. 0800 221 846 (7 am to 7 pm) 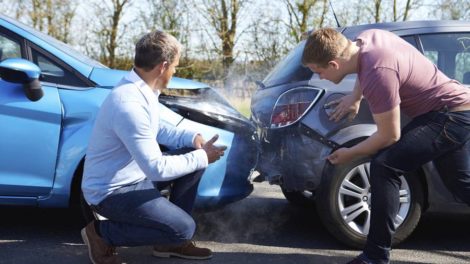 Tinted windows are becoming a fashion accessory for Kiwi motorists – but installing them can put owners at risk of a failed insurance claim.

But in a stark warning to consumers, Insurance and Savings Ombudsman Karen Stevens said some policyholders risk losing their cover because of even minor alterations to vehicles.

Undisclosed modifications, including window tints, are one of the most common reasons insurance companies turn down claims in New Zealand, Stevens told the Herald on Sunday. “An insurer could say that tinted windows are a modification that either increases the value of your car or makes it more attractive to thieves and increases the risk (to the insurer).

“If you fail to disclose any modifications that aren’t fairly standard, you run the risk of not being insured.”

Last year, the Ombudsman received 303 complaints from policyholders who had claims rejected by insurers. Thirty-three complaints related to vehicles.

Insurance companies would not reveal the number of claims knocked back because of tinted windows.

But Stevens said one complaint to her office was over a stolen Nissan Primera with undeclared tints and a stereo and whose policyholder had not disclosed a driving conviction.

The insurer refused to pay out and the Ombudsman ruled in the company’s favour.

Parents who insure cars driven by their children should be aware of the issue of modifications, Stevens said.

“It does pay to make proper inquiries to find out what modifications have been made, particularly for second-hand cars.”

Employees should also be wary of volunteering to use their own wheels for work-related transport.

Conscientious employees could lose their cover if they are involved in a car crash in their personal car while carrying out work duties.

Those most at risk are workers who use their own car to deliver pizza or drive for the app-based taxi company Uber.

Policyholders should realise their insurance does not cover all eventualities, including when car owners “fail to take reasonable care”, Stevens said.

That includes when motorists leave keys in the car while paying for petrol or returning a library book, both instances for which claims had been knocked back.

Mechanical failure is also not covered. If a car crashes after a failure, only panel damage is potentially covered, not the original fault.

State Insurance – one of New Zealand’s biggest vehicle insurers – said it turned down about 1 per cent of claims each year.

“A high volume” of other approaches from policyholders never made the claim stage after preliminary discussions with assessors, State spokesman Craig Dowling said.

“We try our best not to waste our customers’ time by letting them know at the earliest point possible if there is no point making the claim.”

Paying premiums is the first step to protect against the loss or damage of your prized wheels. But the best protection against a costly double whammy is common sense, knowing exactly what your insurance cover is – and honesty.

One of New Zealand’s biggest car insurers says policyholders should follow four easy steps to avoid pain when they lodge a claim.

State Insurance manages more than one million policies on behalf of 460,000 Kiwis. And its first piece of advice to customers making claims is to tell the truth.

Spokesman Craig Dowling said claimants caught lying risked being blacklisted by insurance companies for any type of future cover, being added to a fraud database, even being prosecuted.

“Any form of dishonesty on an insurance claim is considered fraud and the [consequences] can be much more severe than just the claim being declined,” Dowling said. “Tell the truth. Customers are occasionally worried that a particular detail may mean their claim is declined.

“On occasion this may be the case, but if they’re caught lying the consequences could be much worse.”

Claimants should alert their insurers as soon as their car is damaged or stolen. No repairs should be committed to until gaining an insurer’s approval.

Customers need to realise there is “no such thing” as too much information for insurers. Photos, witness details and sketched diagrams were helpful tools for assessors, especially where policyholders denied blame.